Art Institutions as Agents for Change 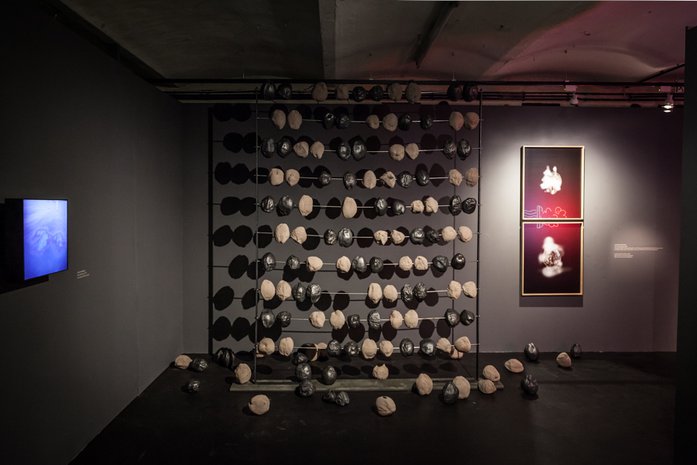 Art Institutions as Agents for Change

A critical discussion about the roles, responsibilities and possibilities of art institutions as platforms for exchange and engagement in the age of the Anthropocene. In connection with the exhibition The Big Invisible.

In English
Please register via anmeldung@kunsthauswien.com

Each speaker will present a short statement on the topic and engage in a panel discussion, chaired by the curators and hosted by KUNST HAUS WIEN’s director, Bettina Leidl. The purpose of the event is to build on the findings of the curatorial residency, which the curators undertook on behalf of KUNST HAUS WIEN in January 2017 and interviewed over 50 professionals on the topic working in Austria’s cultural sector, including visual arts, architecture, design and policy makers. The audience is invited to join the discussion and the topics raised in the exhibition with an inclusive open-ended discussion.

Bettina Leidl is the Director of KUNST HAUS WIEN since 2014, presenting an ambitious new programme focussing on photography and ecology. Between 1997 and 2014 she was Managing Director of Kunsthalle Wien, Director of departure, the City of Vienna’s funding body for local creative industries, and co-founder of KOER, Vienna’s public art initiative.

Audu Salisu is a PhD candidate at the University of Vienna, working on a thesis about the evolution of legal systems and government policies in pursuing an inclusive, multi-cultural and tolerant society. He is a contributor to the UN’s Decade for People of African Decent programme (2014-) and author of the social survey, Being Afro-Austrian (2012), a thought-provoking study about social formations of identity, racism and social issues concerning people of African descent in Austria. Between 2014 and 2017 Audu was a Cultural Policy Advisor for the Nubuke Foundation in Accra (Ghana), a cross-disciplinary arts organisation promoting emerging and mid-career visual artists and poets with an expansive community out-reach programme. In this capacity he assisted the organisation to focus its cultural policies and conceptualise and deliver many projects with global narratives of social issues.

Daniela Zyman is chief curator of TBA21, a private foundation established in Vienna by Francesca von Habsburg in 2002. The organisation’s multi-tier mission is to commission, collect and present contemporary art through an ambitious programme of exhibitions and events (Collection and Augarten) and to pursue urgent ecological, social, and economic issues via its research platform (TBA Academy). Daniela joined the organisation in 2003 and has played an instrumental role in shaping its exhibition and commissions programme.

Dr. Markus Schmidt is the CEO and Founder of Biofaction, Vienna’s leading research and science communication company, specialising in the study of ethical, legal and social issues in the emerging sectors of new science and technology. Markus comes from an interdisciplinary background in biomedical engineering, biology and technology assessment. He has delivered many projects dealing with responsible research and innovation in emerging science and technology areas, bringing together stakeholders from science, regulation, industry, civil society and the arts. Markus is a prolific researcher, writer and speaker, covering topics ranging from crop diversity and bee pollination, to the ethics, safety and security of synthetic biology. A distinguished voice on the complexities of new science and society in Austria and abroad, he is a seasoned speaker at political gatherings, including the UN’s Bioweapons Committee (2010), US Senate (2011), the EU Commission (2012); and a reoccurring presenter at Ars Electronica (since 2012) and, later this month, at the Bartlett School of Architecture (2017).
In 2008 Markus co-founded Biofaction, which incorporates projects with visual artists and the design and technology industries as a core mission of the organisation.