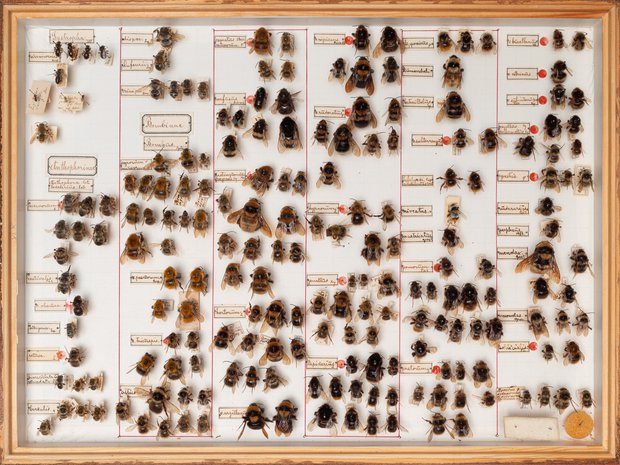 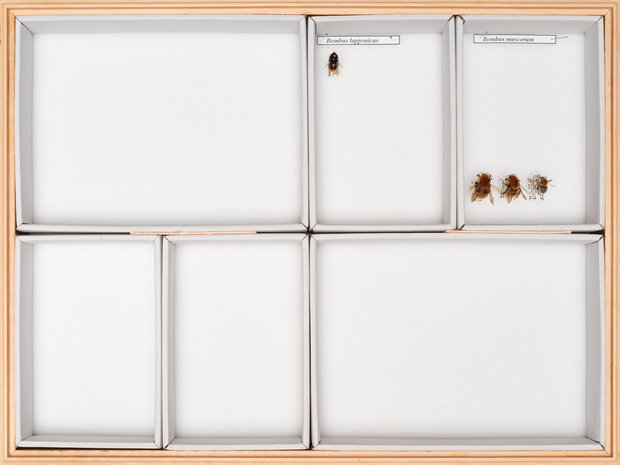 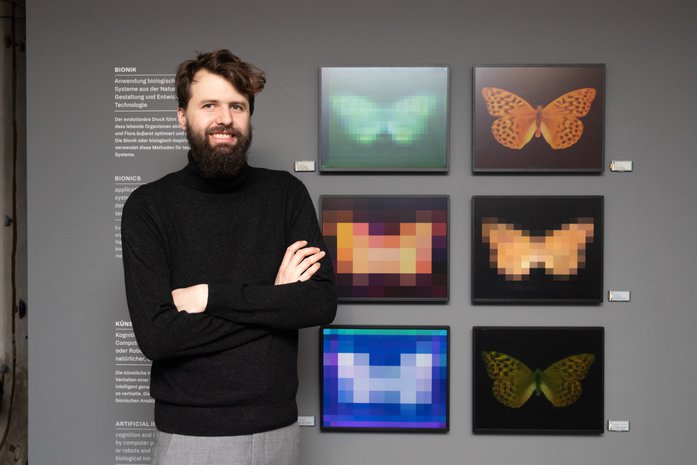 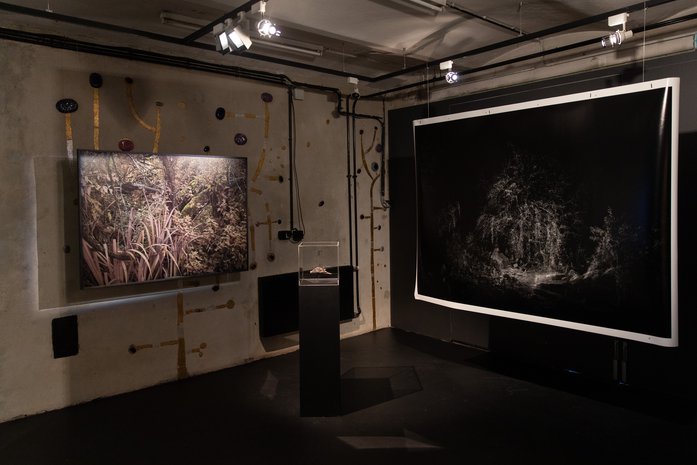 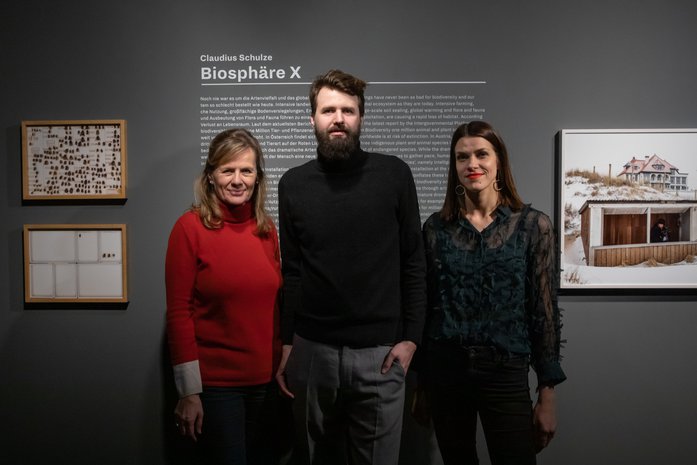 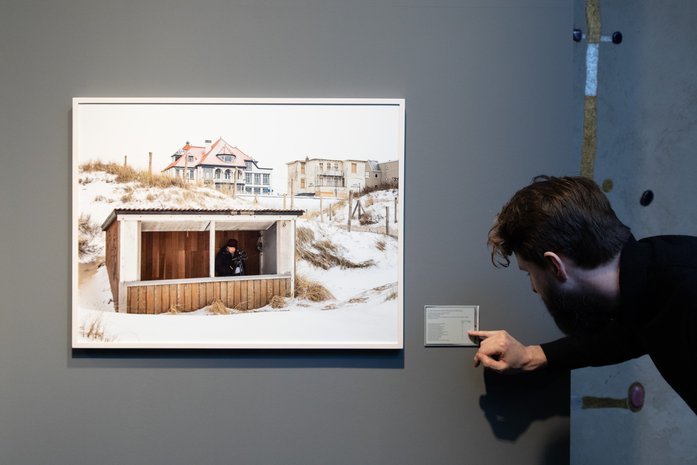 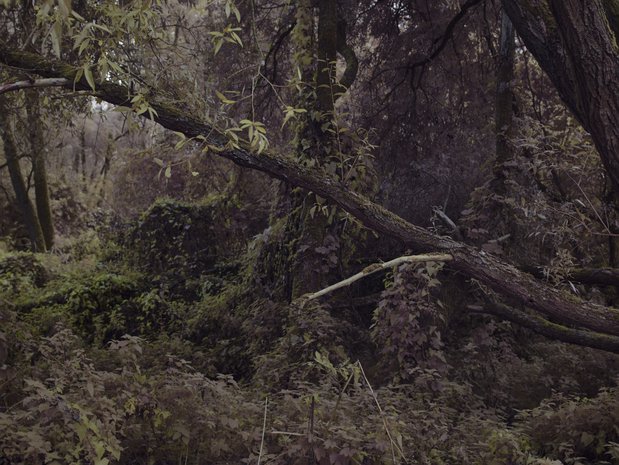 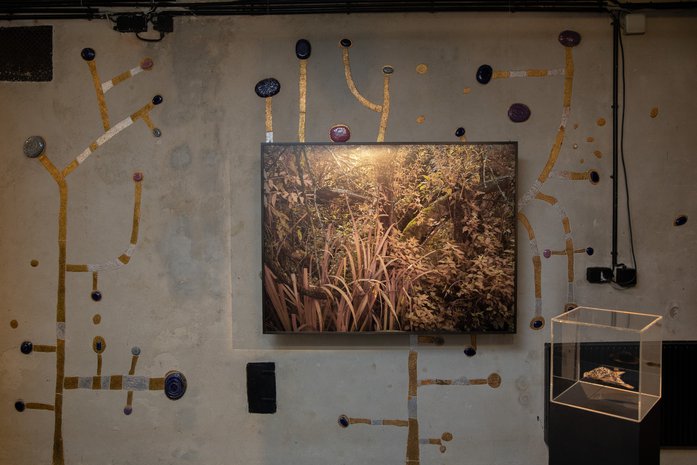 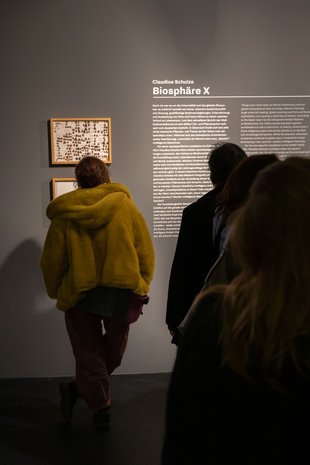 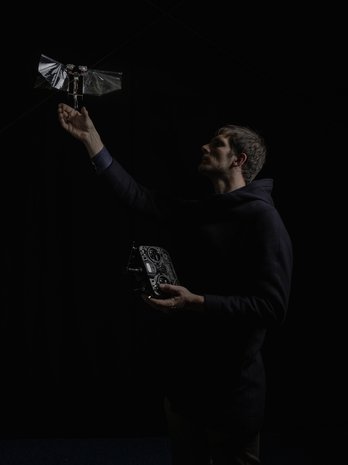 Things have never been as bad for biodiversity and our global ecosystem as they are today. Intensive farming, large-scale soil sealing, global warming and flora and fauna exploitation, are causing a rapid loss of habitat. According to the latest report by the Intergovernmental Platform on Biodiversity one million animal and plant species worldwide is at risk of extinction. In Austria, almost one in three indigenous plant and animal species is on the Red List of endangered species. While the dramatic extinction of species continues to gather pace, humankind is busy developing a new ‘species’, namely intelligent machines.

For his site-specific installation at the KUNST HAUS WIEN, Claudius Schulze conflates these two epoch-defining trends: the loss of biodiversity on the one hand and the creation of new life forms through artificial intelligence and bionics on the other. Miniature drones could soon be used to pollinate crop plants for example at a time when, concurrently, the basis of life for millions of living creatures is being lost. As part of an intensive research process Claudius Schulze uses the medium of photography and other imaging methods to work on the representation of these two abstract and complex phenomena, in an attempt to make them more tangible. Can artificial intelligence and bionics help resolve environmental problems? Or will the models taken from nature have disappeared before engineers were able to learn from them? Will intelligent machines themselves become a new species?

The exhibition title Biosphere X expresses the uncertainty about the changes and issues that are currently occurring and establishes a historical reference: two famous experiments, the Soviet Union’s BIOS-3 in Siberia (1972–84) and Biosphere 2 in Arizona (1991–94), each of which sought to create an artificial, self-contained and closed ecosystem — and both of which failed. Using large-format photographs, 3D scans, animations, and artificial intelligence of his own design, Claudius Schulze invites visitors to visualise the future of our biosphere. Further information about the artist can be found on his website at claudiusschulze.com

Funded by Berlin Senate Department for Culture and Europe