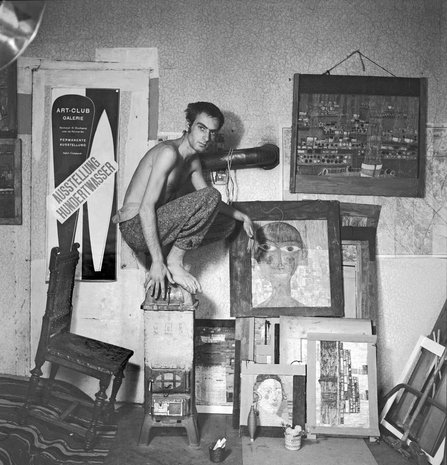 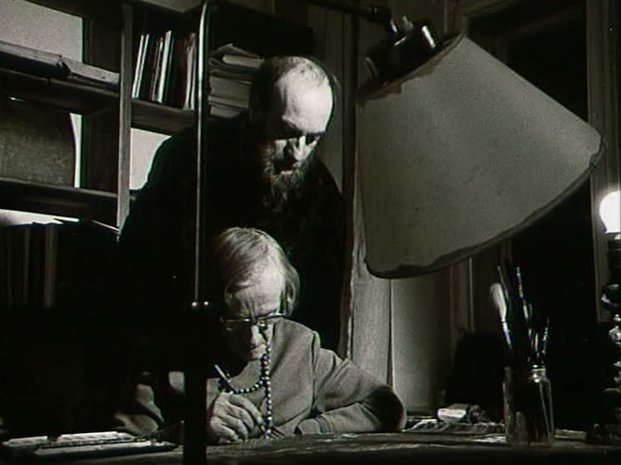 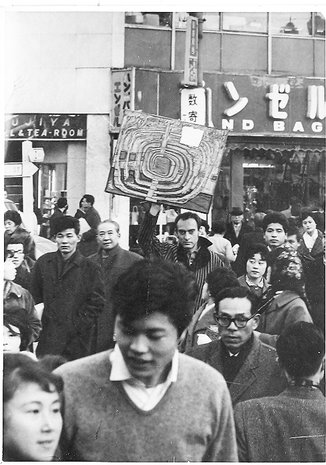 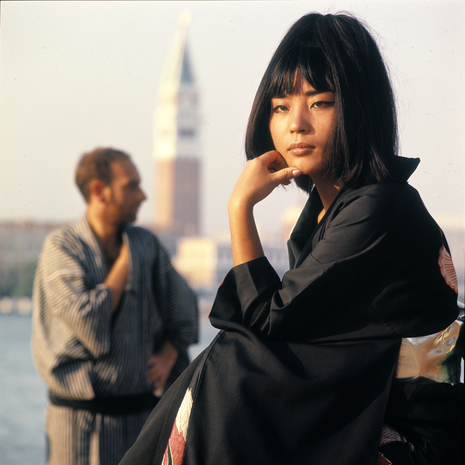 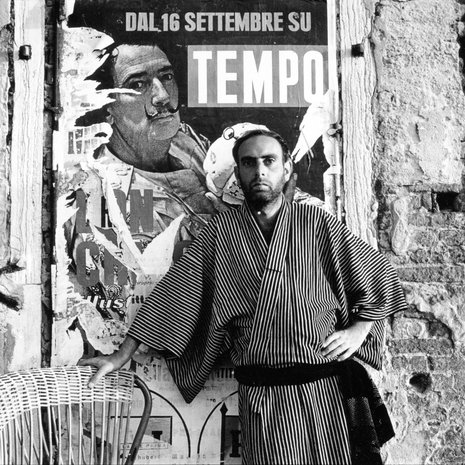 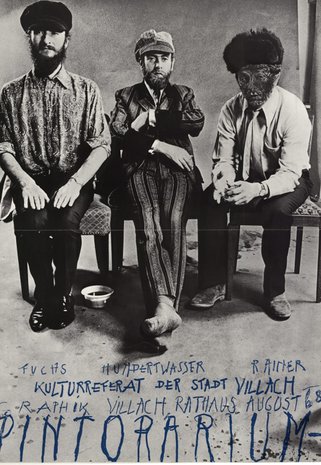 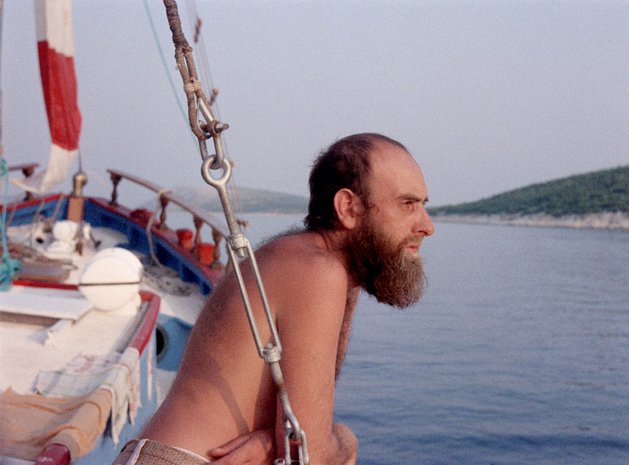 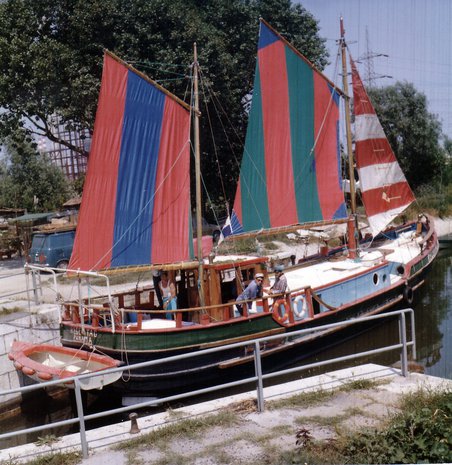 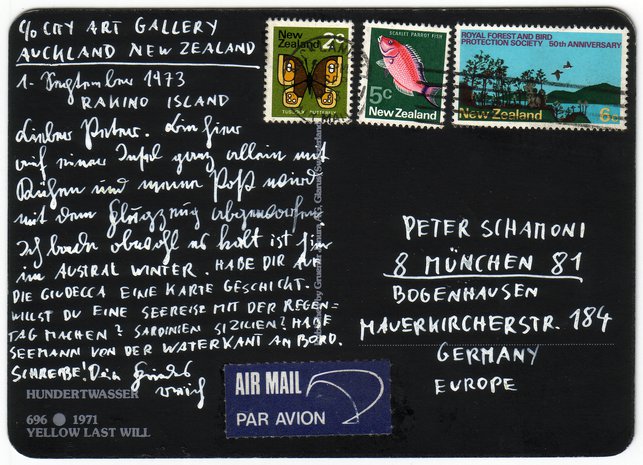 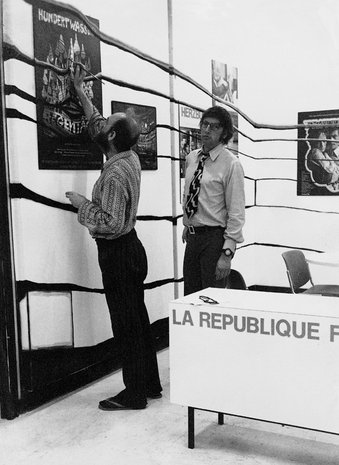 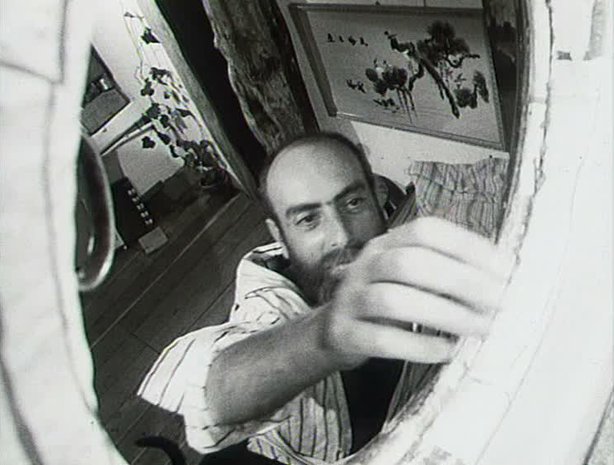 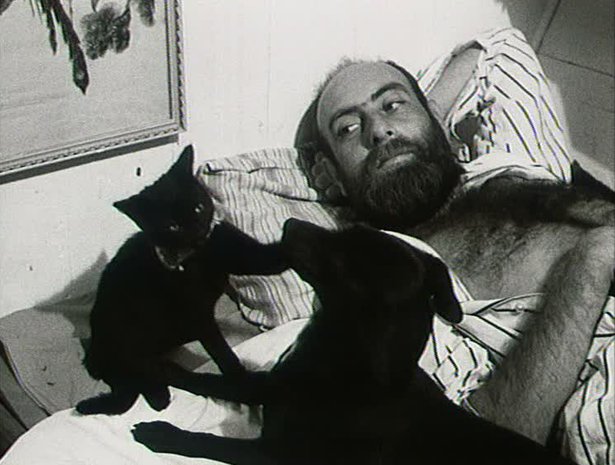 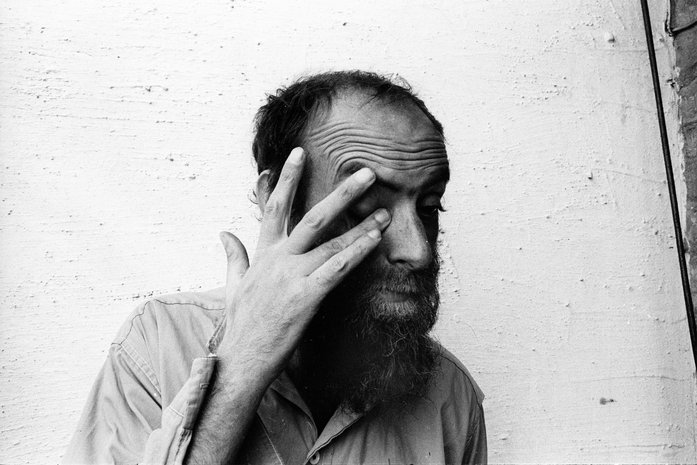 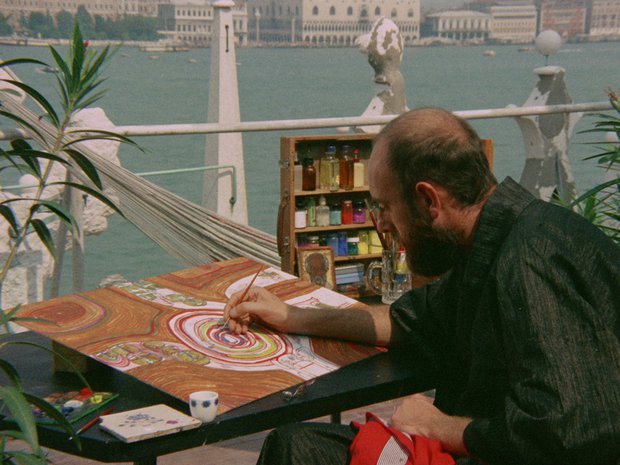 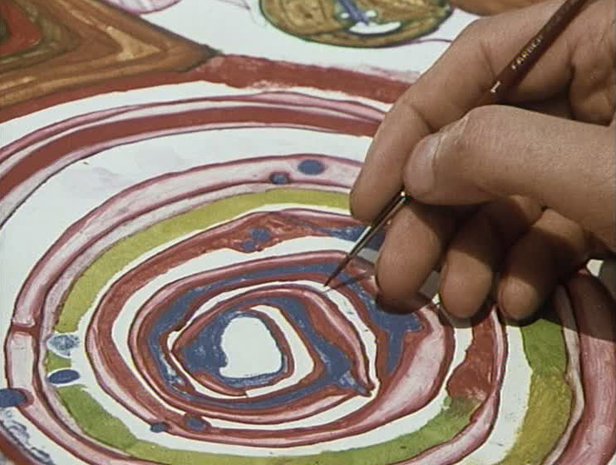 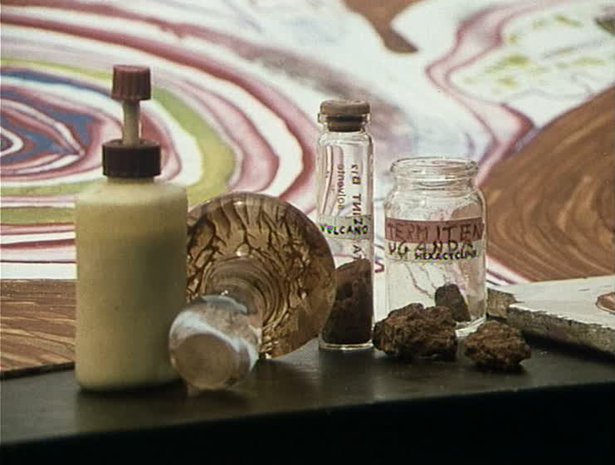 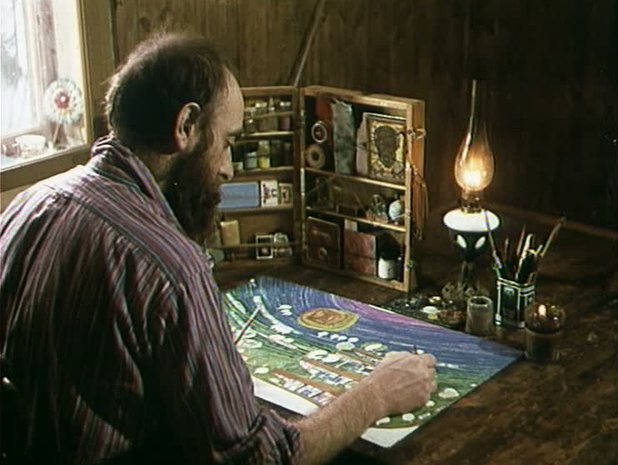 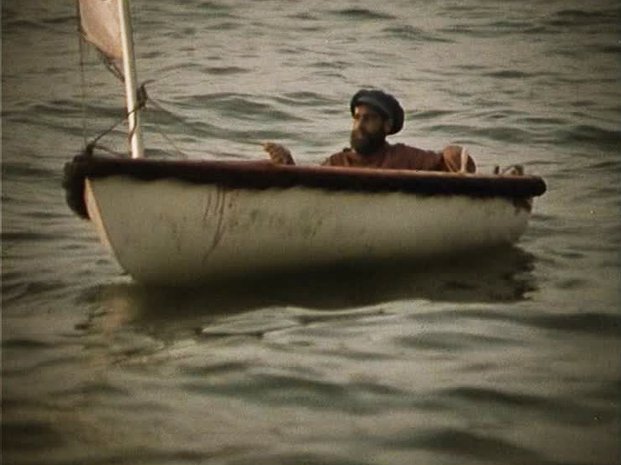 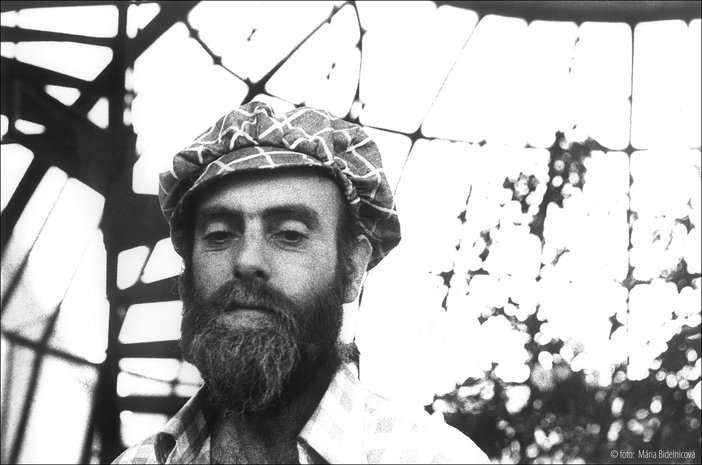 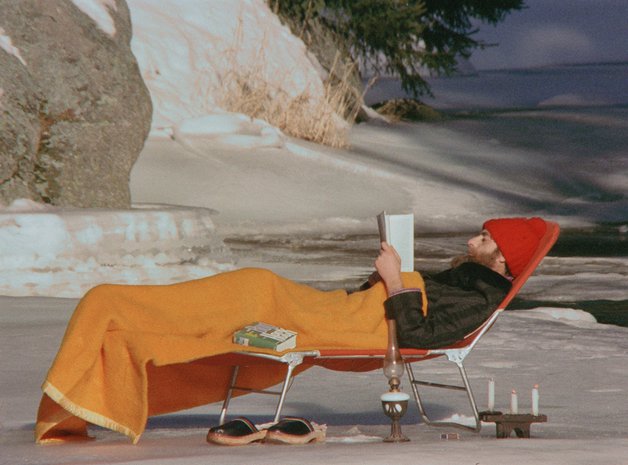 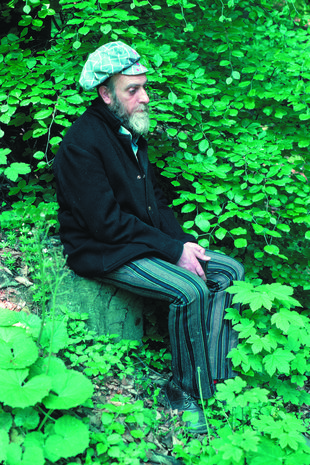 1928
Born in Vienna on December 15th as Friedrich Stowasser.

1943
69 of his Jewish relations on his mother's side are deported and killed.

1948
End of schools. Spends three months at the Academy of Fine Arts, Vienna.

1949
Adopts the name Hundertwasser. Start of extensive travelling. Develops his own style. In Florence he meets René Brô and follows him to Paris.

1954
First exhibition in Paris at the Studio Paul Facchetti. Develops the theory of "trans-automatism" and begins to number his works.

1956
Publishes his theory of "Transautomatism" in "Cimaises" and "Phases" in Paris.

1958
Reads his "Mould Manifesto against Rationalism in Architecture" on the occasion of a congress in Seckau Monastery.

1959
Together with Ernst Fuchs and Arnulf Rainer, founds the "Pintorarium", a universal academy of all creative fields. As guest lecturer at the Academy of Fine Art in Hamburg, he draws the "Endless Line" with Bazon Brock and Schuldt.

1962
Marries Yuko Ikewada (divorced 1966). Paints in a Studio on the Giudecca, Venice. Very successful retrospective at the Venice Biennale.

1964
Large retrospective in the Kestner-Gesellschaft, Hanover, with œuvre catalogue.

1968-1972
The "San Giuseppe T" is converted into the "Regentag" in dockyards in the Venice lagoon.

1968
Nude speech and reading of "Los von Loos" (Loose from Loos) in Vienna.

1969
Museum exhibitions in the United States.

1970
Lives and works on board of "Regentag" in the Venice lagoon. Works on the Olympia poster for Munich in Lengmoos.

1971
Collaboration with Peter Schamoni on the film "Hundertwasser's Regentag". Works on the print portfolio "Look at it on a rainy day" in Dietz Offizin in Lengmoos, Bavaria.

1973
First portfolio with Japanese woodcuts: "Nana Hyaku Mizu". Hundertwasser is the first European painter to have his works cut by Japanese masters. Takes part in the Milan Triennial, where c. 15 tree tenants are planted in the Via Manzoni.  Touring exhibition in New Zealand.

1975
Exhibition in Haus der Kunst, Munich. Manifesto "Humus-Toilet" in Munich. Designs a postage stamp for Austria: "Spiral Tree". Hereby launches the series "Modern Art in Austria". Engraver of all postage stamps: Wolfgang Seidel.
Beginning of the world travelling exhibition tour in the Musée d'Art Moderne de la Ville de Paris, continues until 1983 in 27 countries and 43 museums. In the Albertina, Vienna, start of the world travelling exhibition of his complete graphic œuvre. It continues until 1992 in 15 countries and more than 80 museums and galleries. Sails the "Regentag" across the Atlantic to the Caribbean, through the Panama Canal to the Pacific.

1978
Designs "Peace flag for the Holy Land" with a green Arab sickle moon and blue Star of David against a white background and publishes his "Peace Manifesto".

1979
Three stamps printed for the Senegal. Reads manifesto on recycling "Shit Culture – Holy Shit" at Pfäffikon on the Lake of Zurich. The touring exhibition "Hundertwasser Is Painting" with 40 new works starts in New York.

1981
Appointed to the Academy of Fine Arts, Vienna. Writes "Guidelines for the Hundertwasser Master School".

1983
Designs six postage stamps for the United Nations. Founds a committee for the preservation of the old Kawakawa Post Office, New Zealand. Works in Spinea on silkscreen 860 Homo Humus Come Va How Do You Do in 10.002 different versions.  Designs a flag for New Zealand, the Koru.

1984
Takes an active part in campaigns to save Hainburg leas. Camps in the leas for a week.

1985
Start of the cooperation with the architect Peter Pelikan. Works all year on the building site of the Hundertwasser House in Vienna. 70.000 visitors attend the "Open House".

1988
Redesigns and campaigns to retain the existing form of Austrian licence plates. Further involvement in the campaign to preserve Austrian identity in the matter of licence plates.

1991
Inauguration of KunstHausWien on April, 9. Concept and development of architecture projects: inner Courtyard of the Housing Development in Plochingen, Germany; the Thermal Village Blumau, Styria, for Rogner Austria, which is the realisation of Hundertwasser's idea "In the Meadow Hills" – Rolling Hills.

1993
Involvement in the campaign opposing Austria's joining of the European Union.

1996
Exhibition at the Municipal Museum in Braunschweig Unveiling of the Danube ship "MS Vindobona", redesigned by Hundertwasser.

2000
Architecture projects for Tenerife and Dillingen/Saar, Germany. Dies on Saturday, February 19, in the Pacific, on board of Queen Elizabeth 2 from a heart attack. According to his wish he is being buried in harmony with nature on his land in New Zealand, in the Garden of the Happy Deads under a Tulip Tree.

Further information as well as an extensive database of Hundertwasser's works can be found on the website of the Hundertwasser Foundation.