How to Occupy a Shipwreck 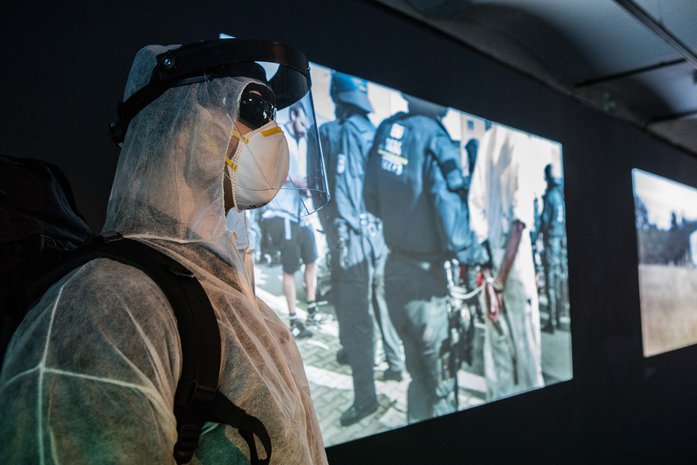 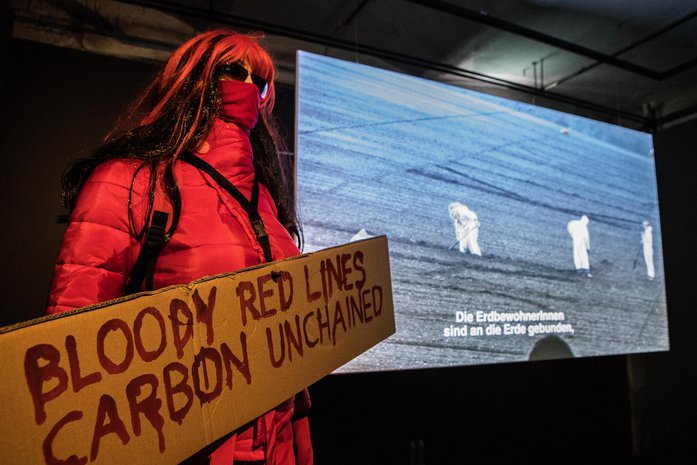 Oliver Ressler is an artist, activist and filmmaker. In his installations, films and works in the public space he explores topics such as the economy, democracy, climate change, forms of resistance, and social alternatives. His works are based on extensive research, and their implementation is highly elaborate.

The KUNST HAUS WIEN Garage is showing four films from the series Everything’s coming together while everything’s falling apart, which the artist has been working on, and expanding, since 2015. In it Ressler documents pivotal moments in the climate change movement, first and foremost its fight against the use of, and dependency on, fossil fuels. Ressler seeks out flashpoints of resistance, such as an area near Nantes in France. It was there, in 2012, that resistance against the construction of a new airport gave rise to an area known by the acronym ZAD (for zone à défendre or zone to be defended), a zone the police now no longer enters. Other venues featured in the films include the demonstrations that coincided with the 21st UN Climate Change Conference in Paris in December 2015; the blockades of an open-cast lignite mine in Lusatia, Germany, in 2016; and the occupation of Europe’s second largest coal port in Amsterdam in June 2017. Oliver Ressler focuses on mass movements of civil disobedience and the motivations and tactics deployed by their protagonists.

Oliver Ressler (*1970 Knittelfeld) studied at the University of Applied Arts Vienna from 1989 to 1995. He lives and works in Vienna.