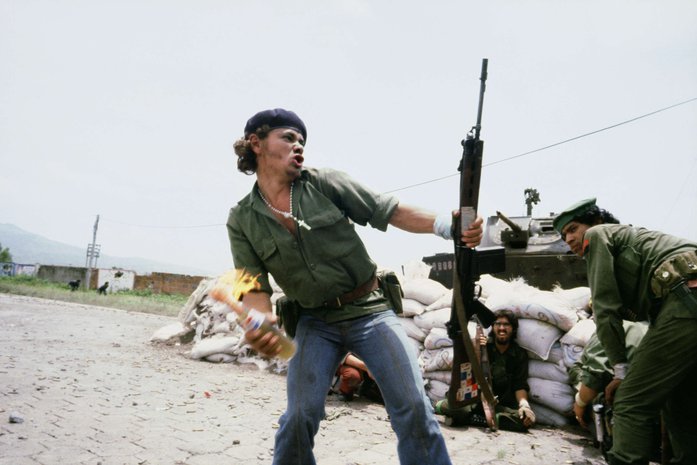 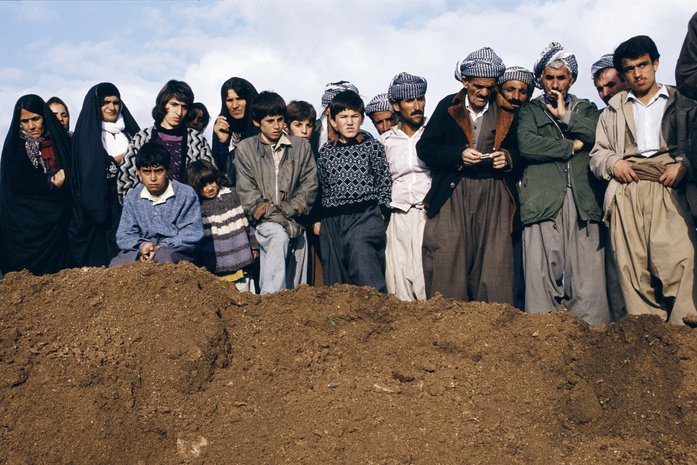 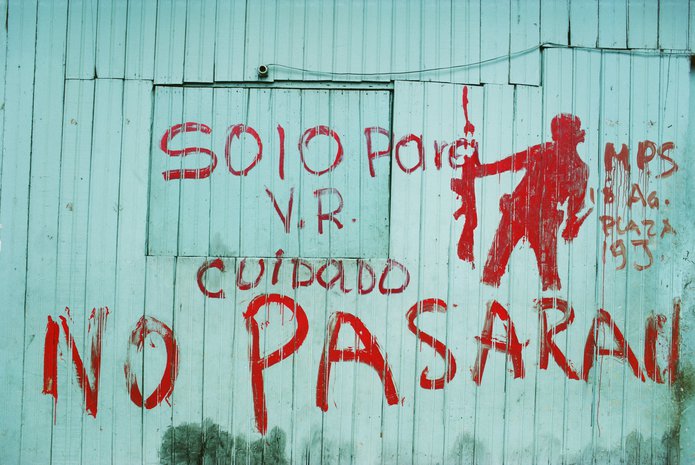 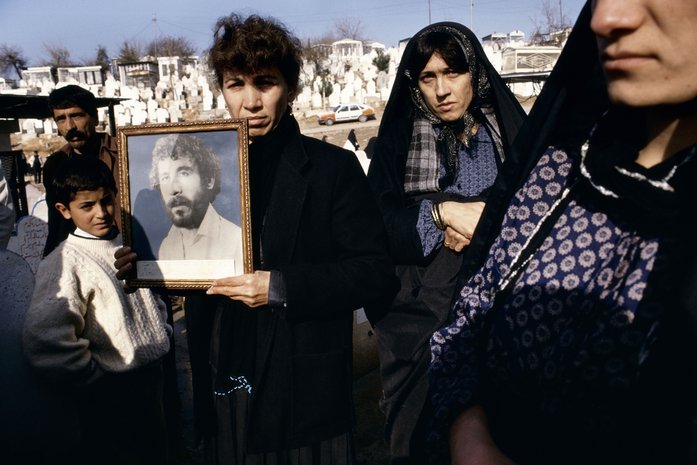 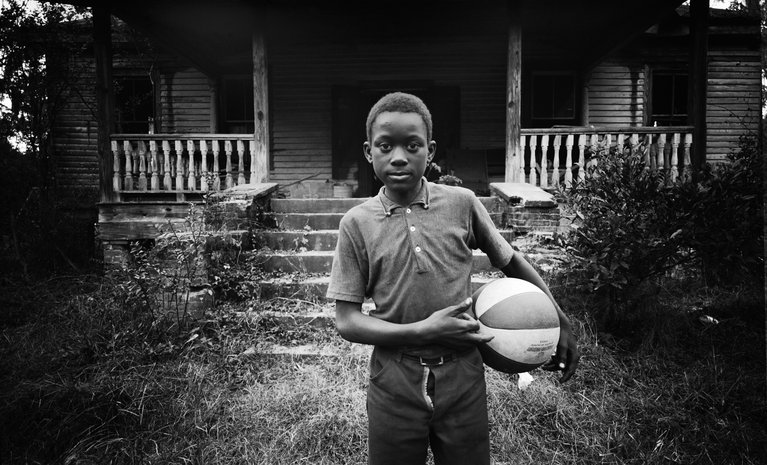 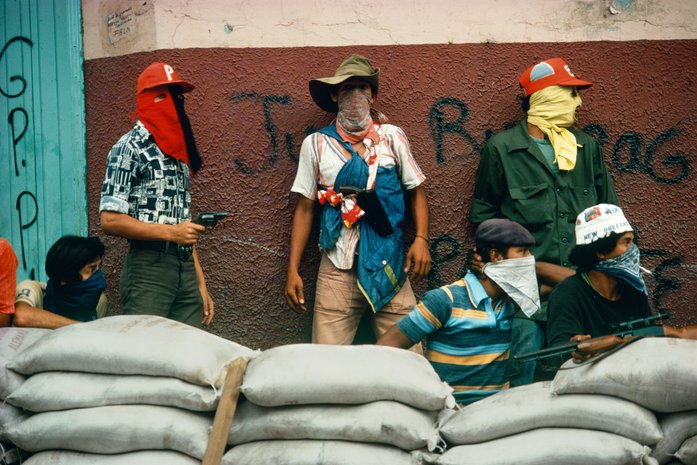 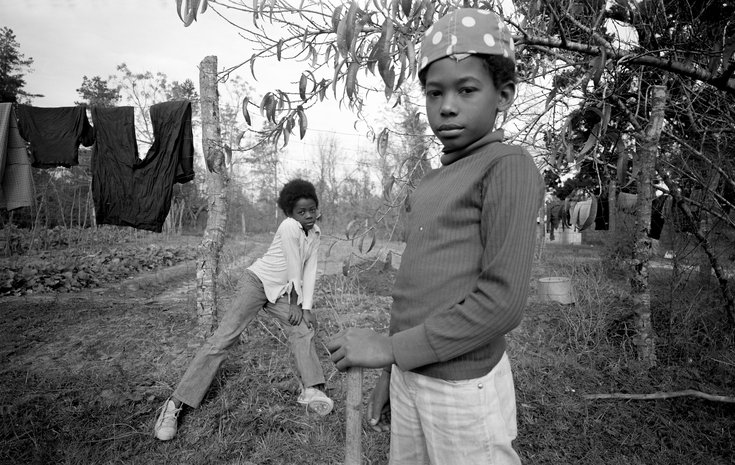 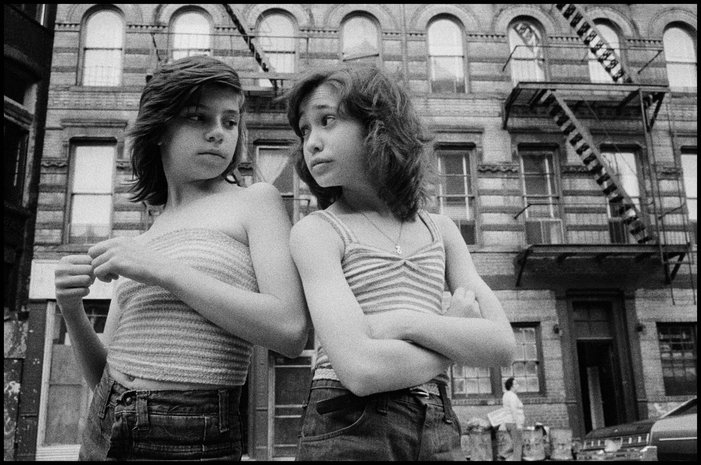 To shorten the time until the reopening, we would like to invite you to an exhibition tour with Susan Meiselas. Take a look at the temporary exhibition "Mediations" and gain an insight into the photographer's projects, reportages and working methods.

"The camera is an excuse to be someplace you otherwise don't belong. It gives me both a point of connection and a point of seperation."

Susan Meiselas' practice of documentary photography began in the 1970s. Since then, her work has never ceased to question the interactions with the people she portrays. Each of her projects - many of which are long-term - questions the photographic act and the role the image plays in our society.

She became known for her work in the conflict zones of Central America in the 1970s and 1980s, thanks to the strength of her colour photographs and their distribution by Magnum Photos, the world's most important photo agency, which she joined in 1976. Meiselas deals with many issues and countries, from war to human rights issues and from cultural identity to the sex industry. She uses photography, film, video and often archival footage as she relentlessly explores and develops narratives, integrating the participation of her protagonists into her works.

‘I was riding a bicycle through my neighborhood in Little Italy nearly thirty-five years ago. Suddenly, a blast of light flashed into my eyes. Its source was a group of kids standing with a mirror, focusing the sun on my face, nearly blinding me. That was the day I met the Prince Street Girls, the name I gave the group that hung out on the nearby corner almost every day.’

Susan Meiselas worked on the Prince Street Girls series over many years. In it, she captures the gradual transformation as young girls become young women; over the years, the adolescents began to participate more and more actively in the photographic documentation.

The interaction between the person portrayed and their surroundings has always been a key aspect of Meiselas’ photo- documentary work.

In South Carolina, where she worked as a photographer and teacher, Susan Meiselas took portraits of people of different ages in front of their small wooden houses, typical of the southern states. The inhabitants posed for the photographer in their gardens or on their porches. As Susan Meiselas recalled in 2018, ‘I would drive down a road, see a house, stop my car and hope that someone would open the door. I hadn’t planned what I would say. I began by explaining that I was teaching photography in the local elementary school, that I was from the North, and would like to take their photo. I didn’t really know why.’

As a young white photographer, she came into contact with people for whom the reality of everyday life was very different from hers. The United States had only abolished racial segregation ten years previously, in 1964.

Meiselas sent each person she portrayed a print of their photograph – for Meiselas, a key aspect of the project since the photographs bear witness to the encounter, the exchange, and the mutual trust between the photographer and those portrayed.

The Porch Portraits gradually became the Lando project. Lando was a small town in South Carolina around a cotton mill was about to close down when Meiselas began her community project. She took photographs of the families living there and along with the local population, created a ‘visual genealogy’ comprised of the portraits of the town’s inhabitants and pictures from their family albums.

Alongside Prince Street Girls, it was in her major photographic essay entitled Carnival Strippers that Susan Meiselas also explored the realities of life for striptease dancers who earned a living at fairs in the north-eastern United States. Over a period of three years, Meiselas documented the women’s working lives and the girl shows from various perspectives. Meiselas’ stunning individual portraits capture the women’s pride and resilience, but also their vulnerability. This series of works is complemented by audio recordings, notes, letters, and objects.

Meiselas’ approach was similar to that of a field study: ‘I wanted to see the whole world of the carnival strippers from within, as well as looking out … Feminists at that time perceived the girl shows as exploitative places and thought the women were victims. But I was more interested in seeing how they were seen within their world, and hearing what the women said about themselves rather than what other people said about them. I was drawn to know what motivated them.'

THE LIFE OF AN IMAGE: MOLOTOV MAN

Susan Meiselas first gained international renown with her coverage of the Nicaraguan insurrection in the late 1970s. In 1978, without an assignment, she travelled to the Central American country to document the protest demonstrations triggered by the assassination of the editor of the opposition newspaper La Prensa. The uprising was directed against the corrupt Somoza regime, which dictated Nicaraguan politics between 1934 and 1979, backed by the United States due to ist openly anti-communist stance. The Nicaraguan insurrection, spearheaded by the Sandinista National Liberation Front social revolutionary party, attracted international attention and was supported worldwide by solidarity movements, also from Austria. In the age of the Cold War, the idea of a humanely considerate socialism such as was gaining strength in Nicaragua became a political vision beyond the spectrum of capitalism and communism.

Susan Meiselas’ installation Mediations with photographs from 1978 to 1982 and The Life of an Image: Molotov Man (1979–2009) retrace the history of her photographs of the revolutionary years in Nicaragua. They showcase the photographs in the various media contexts in which they have featured since then. Some of her photographs became iconic images of the Nicaraguan revolution. A decade later, for the film Nicaragua, Pictures from a Revolution (1991), Meiselas went in search of the people she had photographed back then and asked them to reflect on that time and their lives since then.

Daniel Ortega, the incumbent president of Nicaragua, had been one of the rebel leaders in 1979. Ortega, who was elected president from 1985 to 1990, has since moved far away from the vision of the Sandinista revolution. Under him, Nicaragua has once again become an authoritarian state. Since the nationwide anti-government demonstrations of 2018, thousands of people have been wounded, imprisoned or killed by Ortega’s paramilitary troops. The country’s opposition, but also human rights organisations, the European Union, the UN and the United States criticised the wave of arrests that have preceded the November 2021 elections. The postcard designed by Susan Meiselas (available for free) reproduces a Facebook post which contrasts the situation in 2018 with that of 1978.

In the early 1990s, Susan Meiselas was invited to take part in an awareness-raising campaign in San Francisco about domestic violence. She worked together with the San Francisco Police Department, focusing on documenting violent crimes, both visually and in text. ‘The records gathered revealed a history of scars that were beyond what I ever might have imagined or pictured,’ noted the photographer retrospectively. ‘I decided to work with what already existed, instead of generating my own photographs. Then I agreed to go back to the victims and get their permission to use this material for my collages.’ Several such collages of police reports and crime scene photographs were created in this way. One motif was put up at bus shelters in San Francisco.

A ROOM OF THEIR OWN

A Room of Their Own is Meiselas’ most recent work on the subject of domestic violence. At the invitation of an NGO she worked for two years in the Black Country, a multi- ethnic, post-industrial region in the West Midlands, UK. Together with the residents of women’s refuge shelters, Meiselas created visual narratives of their life stories, which were compiled as a book and subsequently published. The aim of the project was to empower the women to tell their own stories in their own words and, in the process, strengthen their feeling of selfworth and their identity. The anonymity of both the women and the locations was to be preserved.

For the photographer, it is never about ‘stories’ or the best picture. Rather, Meiselas’ empathy and her respectful way of observing people gave the women ample room to open up and talk about themselves.

Kurdistan is the historical settlement area of the Kurds – the people without a state – and stretches across the Near East, in such countries as Turkey, Iran, Iraq and Syria. Kurdistan is also the title of Susan Meiselas’ multimedia project comprised of photographs, videos, documents, and oral accounts the artist has been compiling since 1991. This long-term project began when Susan Meiselas, in collaboration with Human Rights Watch, collected evidence of the genocide committed against the Kurds under Saddam Hussein. ‘I was stunned by what I saw. I had never witnessed such a complete and systematic destruction of village life, even in ten years covering the conflicts in Central America,’ the photographer recalls.

For years, Meiselas returned to the region time and time again, eventually broadening her investigations to all parts of the world to find out more about the personal stories of displaced Kurds and those who had had to flee. In collaboration with the Kurds living in the diaspora, she created textual and visual forms designed to make their individual stories more tangible. A vast archive was thus created over the years, which Meiselas published as an online platform akaKURDISTAN (since 1998) and then as a book (Kurdistan, 1997, 2nd edition 2008). At the exhibition, the project is showcased as a large story map – an archive that preserves the collective memory and the history of a people scattered all over the world, highlighting the role of photography in the writing of history and the practice of remembrance. Also incorporated as booklets are the results of the workshop with Kurds living in Vienna that Meiselas held in September 2021, shortly before the exhibition opened.

Through her close collaboration with a multitude of people, Susan Meiselas reveals individual stories hitherto unheard, stories that come together to create a narrative that is as unique as it is multi-voiced.

Susan Meiselas was born in Baltimore, Maryland, in 1948 and has been living in New York City since the 1970s. Meiselas joined Magnum Photos in 1976 and has worked as a freelance photographer ever since. Her photographs have been shown in numerous museums and at solo exhibitions, most recently at Fotografie Forum Frankfurt in 2016 and, in 2018, at the Jeu de Paume and the San Francisco Museum of Modern Art; they also feature in many important collections around the world. Susan Meiselas has been awarded the Robert Capa Gold Medal, the Hasselblad Foundation Award and the Deutsche Börse Photography Foundation Prize, among others. The exhibition is a joint collaboration with C/O Berlin and is to go on show there in spring 2022. 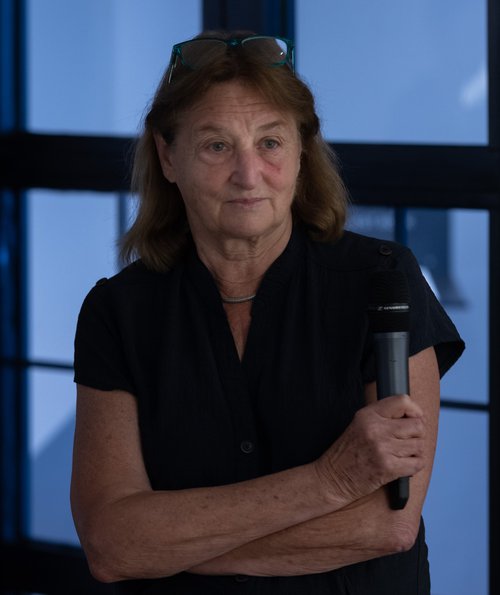 In-depth book recommendations on the works of Susan Meiselas

All books can also be found in our online shop.