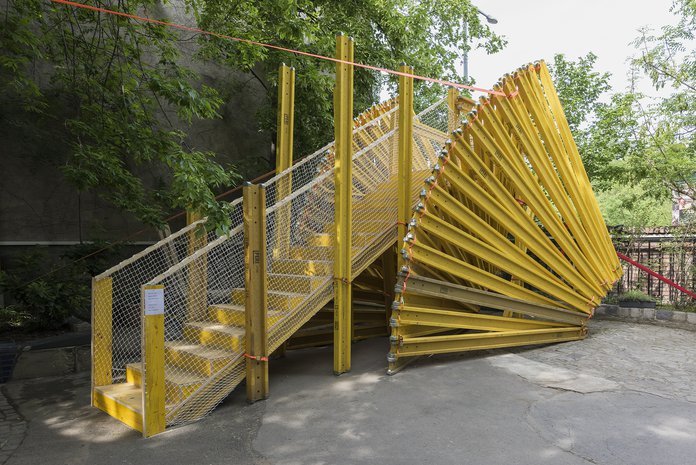 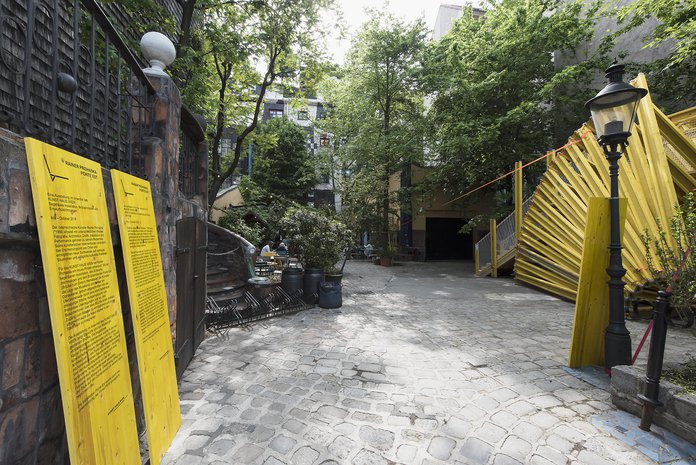 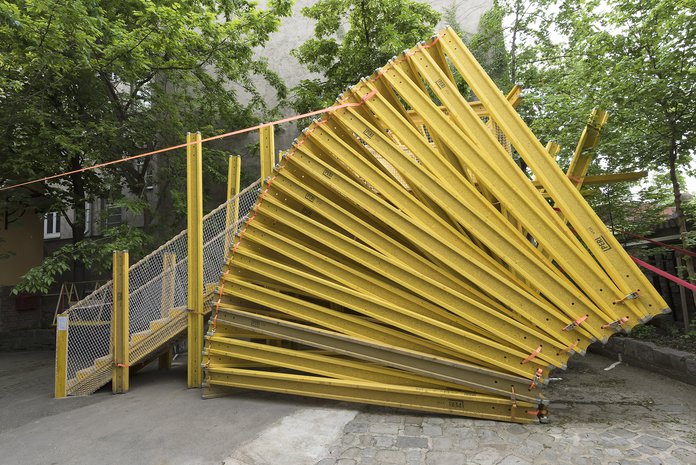 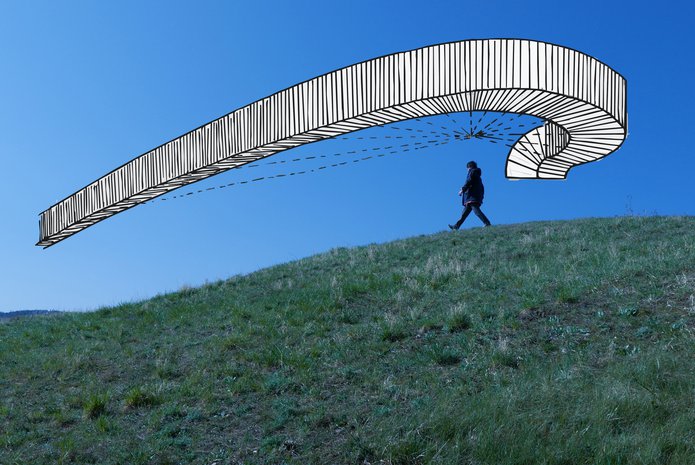 For the KUNST HAUS WIEN, Austrian artist Rainer Prohaska has compiled an array of proposals for making Vienna’s Danube Canal directly accessible from the Museum’s inner courtyard.
The Museum, like Vienna’s third municipal district as a whole, is separated from the water’s edge at the right end of the Danube Canal by the Weissgerberlände, a busy three-lane thoroughfare.

His surveying of the local layout has resulted in the exhibition project entitled Ponte Est (bridge to the East) in the Museum’s inner courtyard. Here Rainer Prohaska has conceived a pedestrian bridge across the ‘Lände’ to the water’s edge. This tangible, walk-on architectural construct in the Museum’s inner courtyard is typical of the works of Rainer Prohaska in its structure and its resulting ‘repetitive’ assemblage. The elements function as viewing platforms that open up new vistas onto the nearby waterway and the façade of the KUNST HAUS WIEN.
Rainer Prohaska’s artistic output is defined by a process-based approach situated between architecture and performance. He plans, builds, adapts, incorporates the unanticipated, remodels, communicates, cooks, builds on, builds up, and interacts. He is interested is how social structures and social contexts manifest themselves in architecture and space. And conversely, in how architectural structures, mobility and landscape conditions impact society itself. He sees his work as a plea for flexibility and openness and as an invitation for all cultures to engage in a dialogue.